Securing a bold, blue and prosperous future for our ocean

Securing a bold, blue and prosperous future for our ocean 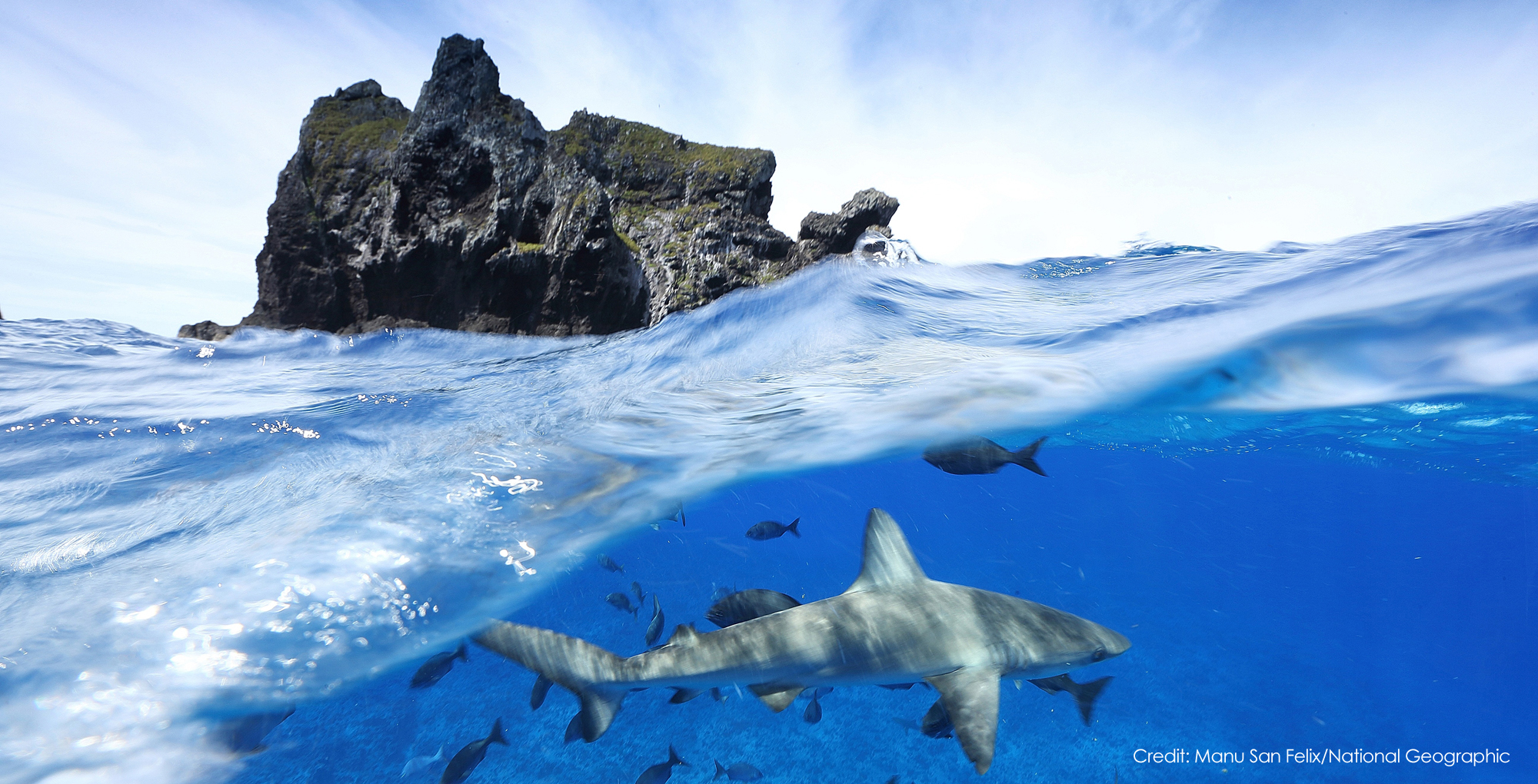 His career in media spans more than three decades, including 22 years at Sesame Workshop, where he served as president and CEO for 12 years. Prior to Sesame Workshop, Mr Knell was managing director of Manager Media International, a multimedia publishing company. He also served as senior vice-president at WNET/Channel 13 in New York, was counsel to the US Senate Judiciary and Governmental Affairs Committees in Washington, DC, and worked in the California State Legislature and governor’s office.

Read more from Gary E. Knell
The ocean is powerful, but not invincible. It is rich, but not inexhaustible.

For humans to thrive in the coming centuries, we will have to be smarter about how we approach the 70% of our planet the ocean covers.

A century ago, we were exploring and enacting protections for vast tracts of land through the work of organisations like the newly created National Park Service in the United States. In the ocean, however, humans were still participating in the industrialised exploitation of whales and unabashedly pushing several species to the brink of extinction. Today, people catch millions of sharks, tuna and other top predators each year, and have moved on to smaller fish since the populations of the largest species have become so diminished.

While a great deal of progress was made over the last year—due to the creation or expansion of an unprecedented number of marine protected areas (MPAs) of groundbreaking size—there is still significant work to be done. Protection is a first and necessary step. But it will require ongoing and increased investment in research, exploration and enforcement if it is to succeed in the long term.

A banner year for marine protection

In 2016, news of historic protections in the Arctic, Atlantic, Pacific and Southern oceans dominated headlines around the world. In August, President Obama significantly expanded the Papahānaumokuākea Marine National Monument near Hawaii, which was originally designated by George W. Bush in 2006. This action preserved just over 1.5m square kilometres of ocean territory, temporarily making it the largest MPA in the world. It held that title until October, when the European Union and 24 countries—including Russia, China and the United States—agreed to create an even bigger marine reserve in the Ross Sea off Antarctica. This reserve comprises around 1.55m square kilometres of ocean largely untouched by humans, which, beginning in December 2017, will stay that way for decades to come.

Central and South American countries also worked together to expand protections around Malpelo and the Cocos and Galápagos islands; Russia expanded the Russian Arctic National Park and President Obama announced the Northeast Canyons and Seamounts Marine National Monument, the first United States MPA in the Atlantic.

Conservation is one motivator for creating MPAs, but it’s not the only one. There is also an economic incentive. In 2015, the World Wide Fund for Nature reported on multiple research projects that documented MPAs’ effectiveness at reducing poverty and food insecurity and boosting employment, showing that in several scenarios the benefits of MPAs significantly outweigh the costs.

National Geographic explorer-in-residence Enric Sala, who heads the Pristine Seas project, often refers to specific protected areas as “fish banks”. You prohibit fishing in one area to establish a principal stock while allowing fishing beyond its borders, taking in the spillover population as “interest” on the account. For example, in an analysis of Spain’s Medes Islands, Sala’s team found that less than one square kilometre of protection brought the local community 200 additional full-time jobs and 10m euros per year through tourism—50 times more than the revenue from fishing.

As with anything worthy of investment, we must also continue our efforts to understand the ocean better. To date, less than 10% of it has been thoroughly mapped, and only 1% has been actively explored. Thousands of marine conservationists are doing their part out on the water, collecting data on sharks, whales, mantas and more. Increased knowledge will not only inform future sustainable and economically viable uses of marine resources but also help identify pristine areas that should be protected in perpetuity.

Protecting our investments through “natural security”

Once an area is protected, though, how do we ensure it is properly policed? This is where the concept of encouraging existing security forces to protect “natural security” is picking up steam. Johan Bergenas, the senior associate of the Partnerships in Security and Development program at the Stimson Center, has partnered with our Pristine Seas team to bridge the divide between the security and conservation communities, combining drastically different skill sets to achieve a shared goal: the protection of marine environments and resources.

Organisations are already using sophisticated technology in the areas that conservationists are trying to protect—they just happen to be coastguards, navies, etc., with other priorities higher on their lists.

Yet, illegal fishing is often tied to those priorities. Tackle it and you help combat drug and weapons trafficking, forced and child labour, organised crime, and the border-crossing resource extraction that leads to international territorial disputes. Mr Bergenas sees these connections as the linchpin that can hold the conservation and security communities together. It is up to all of us to protect the ocean.