Read more from Anonymous Writer
We live in a word where corporate social responsibility (CSR) has become the norm: in 2010 more than two thirds of the biggest firms in industrialised countries published CSR reports.

In successive polls, run by the Economist Intelligence Unit (EIU) and others, the percentage of managers regarding CSR as a high priority has been steadily increasing.

Yet, in a volatile world where the demands of governments and citizens alike have never been higher and where the financial crisis has made the need for efficiency, innovation and new ways to protect corporate reputation more urgent than ever, there is a realisation that current CSR practices largely fail to deliver results against these core imperatives.

Not only is the media increasingly  indifferent to CSR initiatives, it is also by no means evident that CSR is enabling more effective stakeholder engagement, which is one of its principal stated aims. And, in terms of influencing environmental, social and governance (ESG) policy it has been largely irrelevant: a recent McKinsey global survey of 3,500 executives showed that less than 20% of respondents reported having frequent success influencing government policy and the outcome of regulatory decisions. As John Browne and Robin Nuttall put it in a recent article published by McKinsey, relying on “promoting tiny CSR-related contributions” or “some high-profile (but relatively cheap) initiatives” is no longer enough. Such an approach usually creates more problems than it solves as it increases public distrust and fails to effectively address reputational issues.

We need a new way of doing business: one that, as Paul Polman, Unilever’s CEO, puts it, it places at the centre of corporate strategy the question “what do we actually give to society to make it better?”

This new business model has to reflect three prevailing trends: increasing public distrust of corporates, consumer empowerment and the growing public debate on how we can tackle the effects of runaway climate change and unsustainable resource consumption.

For example, climate change and resource waste are already a huge problem both for corporations and consumers. Rocketing food prices, which put further pressure on disposable incomes, are increasingly the result of climate change wreaking havoc on crops. Failure to invest in clean energy and energy efficiency has led to high energy prices – and the cost of goods and services that rely on energy. More importantly, the “tiny CSR initiatives” cited by Mr Browne and Mr Nuttall are not alleviating the perception that corporates are to blame for this.

Some of the biggest global brands have realised that if they are to succeed in today’s environment, they have to go beyond being “less rubbish” as Ian Cheshire, CEO of Kingfisher, puts it. This means putting sustainability alongside innovation at the heart of business strategy. A pioneering subset of these companies are now aiming for “net positive” and are taking the public debate from “minimising damage” to a whole new sphere.

IKEA now looks to create more forest than it uses in its products.  BT aims to help its customers cut carbon by at least three times the full carbon impact of its business by 2020. Rio Tinto is pioneering net positive in the challenging mining sector (by striving to have a net positive impact on biodiversity in the areas where it operates). Kingfisher is not just preventing deforestation but also working towards net reforestation and helping to create homes that are zero carbon or even generators of their own energy. An increasing number of companies are adopting net positive impact targets that combine state-of-the-art avoidance, mitigation and conservation actions with initiatives to enable their customers to live more sustainably, which ultimately supports prosperity, human wellbeing and natural resources.

Companies which have embraced a sustainable business culture are already outperforming their rivals - by a margin of close to 50% over a period of 17 years, according to a study by the Harvard and London Business Schools. Net positive builds on this foundation – and expands it. In a tough market environment, net positive leaders can better connect with consumers, better assess supply chain efficiencies, effectively target investments in high risk areas and ultimately better protect their reputation and their bottom-line.

Net positive is a relatively new concept and so there are still issues – including definition, measurement and valuation, focus and communication – that need to be worked out.

Some argue that a company’s one and only social responsibility is to maximise profit for its shareholders. Fostering innovation, looking for new ways to renew a company’s “licence to operate”, differentiating oneself from competition and, above all, putting back into society – the essence of net positive - is probably the best way to do so.

This post is part of a series managed by the Economist Intelligence Unit for HSBC Commercial Banking. Visit HSBC Global Connections for more insight on international business. 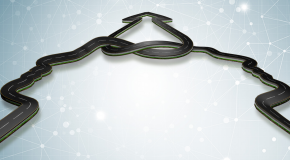