Family offices—the structured personal investment firms that manage the fortunes of billionaires or high-net-worth families—are a burgeoning force in the global financial market. Industry expansion has been accelerating as new tech ventures and Asia’s growing businesses add to the pool of modern wealth creation. Today, four out of ten family offices globally were opened within just the past decade, and their total count exceeds 10,000.

A new report from the Economist Intelligence Unit, sponsored by DBS Private Bank, examines how this boom in the family office space has developed and to what degree differences in approaches in the East and the West define how these specialized financial foundations function.

European fortunes are generally older and inherited, whereas wealth in Asia often falls into new and entrepreneurial categories, but regardless of where on the map a family office sits, succession planning remains its number-one issue. Still, there are contrasts. In the West, by far the largest amount of wealth will be moving between generations over the next decade—some US$8.8trn in North America alone. Estimates for the East fall just short of US$2trn for the same timeframe. But given the lower average age of the region’s HNWIs, the amount of wealth transfer in the East could grow rapidly and soon become an industry trend driver.

The research indicates that, historically, a family office stays close to its founder’s business in early years but diverges later as its wealth passes down through generations. In the West, where fortunes tend to be older, this has held largely true and public equities are a major holding among the region’s most affluent families. In the East, with family patriarchs and matriarchs still at the helm, investments tend to seek synergies with the founders' own business, making private equity and debt a major holding. Family offices in the West also seek to invest in private equity and debt but more often the goal is portfolio diversification; in the East, the focus is business synergy.

The age of wealth, in terms of generations, proves to be among the most significant of influences on family office structures and goals. Yet differences in East-West philosophies still emerge. One of the starkest is the degree to which families in the East and West rely on outside professionals to achieve investment goals. More in the West choose this approach, but that distinction could diminish as new wealth in the East transfers generation to generation.

“This is a first of its kind study that goes into detail on the goals, concerns and constraints of family offices based on an East-West perspective,” explains Jason Wincuinas, senior editor at the Economist Intelligence Unit who worked on the report. “As financial markets become ever more globalised, it will become harder to point to distinctions between family offices or any other form of financial entity. They all seek returns; they all look to diversify and to promote the sustainability of their fortunes. Family offices though are unique in that their main function and focus of wealth succession and ingraining values, as well as value, into the next generation. That’s where family and culture have the most influence.”

THE FAMILY OFFICE BOOM:Contrasts between East and West, a report commissioned by DBS Private Bank, is based on extensive interviews with leadership at family offices, supporting firms and finance professionals at academic or advisory organisations. Research was conducted over several months to accommodate schedules of key decision makers. They shared candid views to explain the what, how and why of investment strategies at some of the most unique financial firms in the world.

About The Economist Intelligence Unit
The EIU is the thought leadership, research and analysis division of The Economist Group and the world leader in global business intelligence for executives. We uncover novel and forward-looking perspectives with access to over 650 expert analysts and editors across 200 countries worldwide. More information can be found on www.eiuperspectives.economist.com. Follow us on Twitter, LinkedIn and Facebook.

DBS is a leading financial services group in Asia with a presence in 18 markets. Headquartered and listed in Singapore, DBS is in the three key Asian axes of growth: Greater China, Southeast Asia and South Asia. The bank's "AA-" and "Aa1" credit ratings are among the highest in the world.

Recognised for its global leadership, DBS has been named “World’s Best Bank” by Euromoney, “Global Bank of the Year” by The Banker and “Best Bank in the World” by Global Finance. The bank is at the forefront of leveraging digital technology to shape the future of banking, having been named “World’s Best Digital Bank” by Euromoney. In addition, DBS has been accorded the “Safest Bank in Asia” award by Global Finance for 12 consecutive years from 2009 to 2020.

DBS provides a full range of services in consumer, SME and corporate banking. As a bank born and bred in Asia, DBS understands the intricacies of doing business in the region’s most dynamic markets. DBS is committed to building lasting relationships with customers, and positively impacting communities through supporting social enterprises, as it banks the Asian way. It has also established a SGD 50 million foundation to strengthen its corporate social responsibility efforts in Singapore and across Asia.

With its extensive network of operations in Asia and emphasis on engaging and empowering its staff, DBS presents exciting career opportunities. The bank acknowledges the passion, commitment and can-do spirit in all of our 29,000 staff, representing over 40 nationalities. For more information, please visit www.dbs.com. 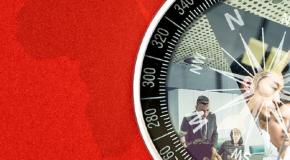 The family office boom: Contrasts between East and West 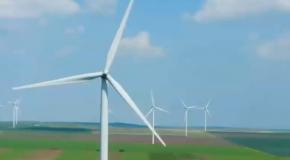 Key findings of the report "The family office boom: Contrasts between East and West" 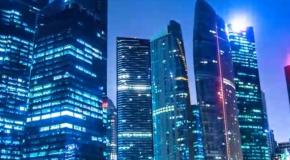 Video | The family office boom: Contrasts between East and West

This report examines the different approaches of family offices in the East (the Asia region generally) and West (Europe and North America) and explores the role culture, family and wealth generation play in terms of their structure and management.