Entrepreneur alert: If Uber’s more disruptive, why is Airbnb making all the money?

Entrepreneur alert: If Uber’s more disruptive, why is Airbnb making all the money? 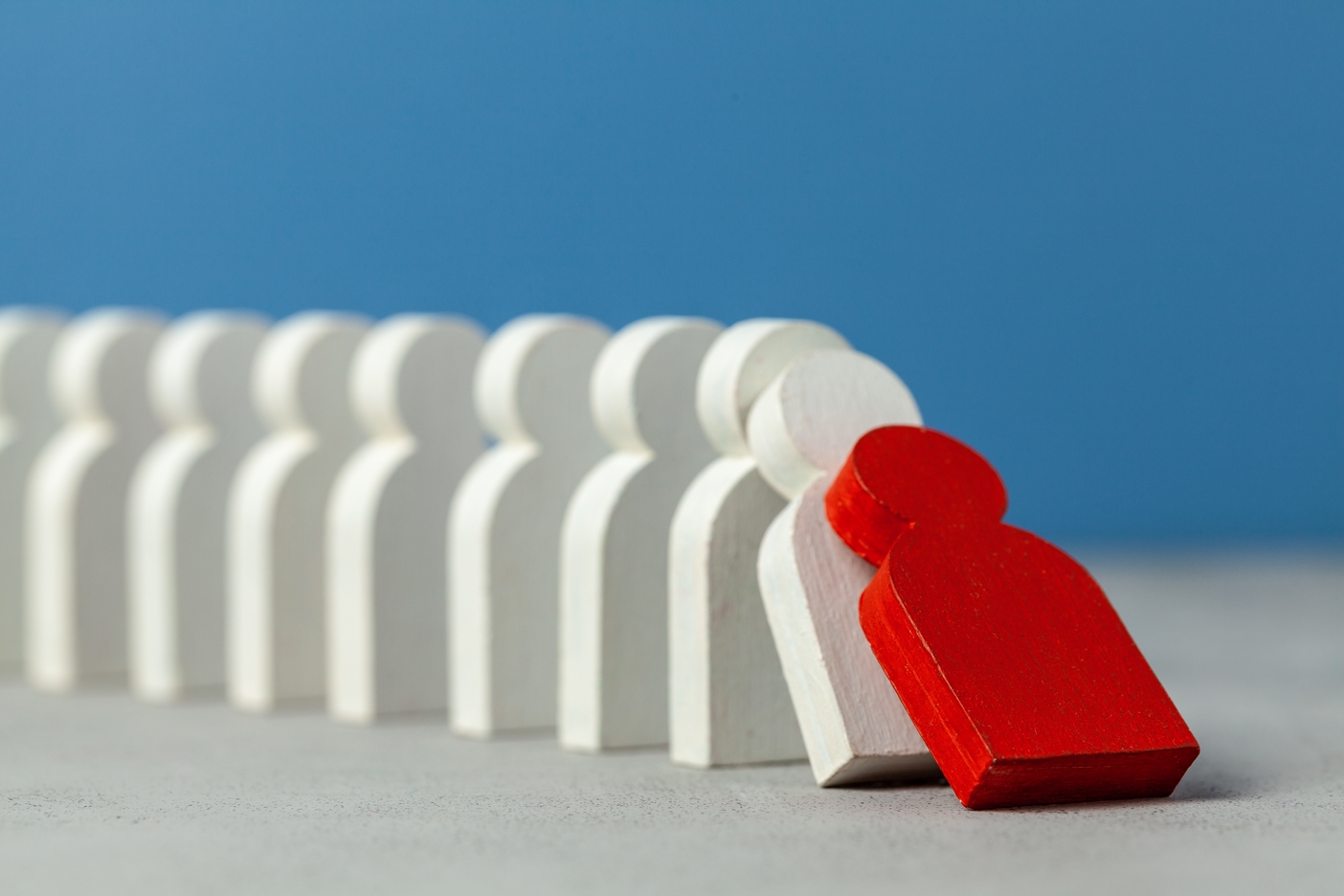 Allen Adamson is a noted industry expert in all disciplines of branding. He has worked with a broad spectrum of consumer and corporate businesses in industries ranging from packaged goods and technology, to health care and financial services, to hospitality and entertainment.  He is Co-Founder and Managing Partner of marketing strategy and activation firm Metaforce.co, NYU Stern School of Business Adjunct Professor, and the author of BrandSimple, BrandDigital, The Edge: 50 Tips from Brands That Lead, and Shift Ahead: How the Best Companies Stay Relevant in a Fast-Changing World. Prior to Metaforce.co, Allen was Chairman, North America of Landor Associates, a global branding firm.

By Allen Adamson and Eitan Muller

The private equity business is absolutely enamoured with disruption or, more precisely, “disruptive innovation”. Many entrepreneurs will tell you that you’ve got to swing for the fences if you want to significantly change the behaviour of millions of consumers. Our premise is that, while chasing the next major disruptive innovation might possibly lead to a major rout of competitors, this is not likely to happen. And, more specific to our premise, it is not the most prudent way to approach a startup venture. That is, if you want to make money.

Our premise is that to succeed as a startup today, it is far more realistic to think in terms of evolution, not revolution. Follow the basic, long-held tenet of brand success and identify a way to make something that people already do easier, more enjoyable or more convenient. Don’t set your sights on the fences but, rather, on first or second base. Today’s most profitable startups have found a better way to solve a problem, not to change the world.

To support the argument that disruption may not be the Holy Grail when it comes to sustainable startup success, we’re going to use the divergent tracks of Uber and Airbnb as a proof point. We claim that Uber is absolutely a disruptive innovator. It has significantly changed the behaviour of most stakeholders in the category, inclusive of competitors and consumers. At the same time, we show that although Airbnb did cause behavioural changes with stakeholders in its industry, these changes were not significant enough to be labelled “disruptive”. The current situation is that Uber is bleeding money at an alarming rate, while Airbnb continues to be profitable. Here’s the why and wherefore of the story, and the reason we maintain that our findings can be generalised across disruptive and non-disruptive innovations.

By way of background, Uber entered the New York City market in mid-2011 and within seven years (six, if one includes Lyft) overtook the existing taxi service in terms of rides per day. Moreover, the total market for ground transportation in New York City increased dramatically during this period of growth for Uber and Lyft, rising from 520,000 rides per month in January 2015 to about 947,000 in June 2019. This growth in market share is not limited to New York City, nor is it limited to personal travel. Across the US, Uber and Lyft’s share of reimbursed ground transportation by business travellers grew from 8 % in the first quarter of 2014 to 73% in the second quarter of 2018.

The taxi industry is suffering the full brunt of this scenario. In New York City, from the first quarter of 2014 to the first quarter of 2019, revenue per vehicle declined by 28%, while the price of taxi permits—or medallions—has declined by 82%. Similar scenarios are unfolding in other major cities, including San Francisco, Boston and Chicago, constituting a full-blown crisis at the taxi-driver level that has led to several foreclosures and even several suicides.

In the case of Airbnb, instead of replacing significant competitors, it has introduced another option in the hospitality industry. Consumers have been changing their behaviour by using Airbnb instead of booking a hotel room, but this change is relatively minor compared to the service it replaces. In fact, its growth seems to be coming to a halt. Listings on the Airbnb site have been declining in New York City, the largest market in the US, from an all-time peak of 51,000 in third-quarter 2018 to about 47,000 in third-quarter 2019. In the next four largest Airbnb markets in the US, these numbers have been almost flat. In terms of sheer size, the revenues share of Airbnb is less than 9% of the total hotel and Airbnb market in New York City. While hotels have reduced prices due to Airbnb’s entry and growth in the market, the decrease is minor.

While Airbnb does not report profits, it did report earnings before interest, tax, depreciation and amortisation for 2017 and 2018 that were positive. On the other hand, the same performance measures for Uber were losses of US$2.6bn in 2017, US$1.8bn in 2018, and US$2.1bn for the first three quarters of 2019.

Relative to the bottom line of Uber and Airbnb, our bottom line is that the bigger the ambition, the harder it is to pull off. The greater the disruption, the more time and money it takes to foster the required changes in behaviour by critical stakeholders to make it a successful venture. The greater the emphasis on growth, the greater the chance for failure. For example, it’s a relatively easy thing to get a homeowner in Austin, Texas to rent out her home for a few days during the South by Southwest Festival; it’s quite another to get her to change careers and become an Uber driver. When you are more pragmatic in your objectives, you have a far better chance of executing the startup process both better and more profitably. Set your sights too high, set out to change the world versus making life a bit more convenient or enjoyable, and the likely disruption will be to your aspirations. 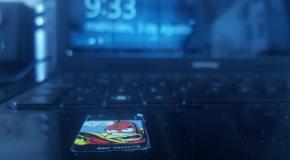 Accountability in Marketing - Linking Tactics to Strategy, Customer Focus a...

Darrell Sansom became Chief Marketing Officer (CMO) of AXA UK in April 2017. After a review of his role, however, he was renamed Chief Customer and Innovation Officer to signal his strategic role in the business. As with the ‘chief growth officers’ at Coca-Cola, Kellogg’s Company and Mondelez International, his new title reflects the wider range of responsibilities now being assigned to marketing chiefs.

In addition to their outward, customer-facing activities, marketing executives are working more closely with chief executives to help fulfil strategic targets, deliver innovation, and focus on using data and analytics to segment and target the consumer base. They are also increasingly accountable for overall business growth.

However, a lack of visibility across both tactical and strategic activities is undermining the ability of marketing chiefs to meet their goals, according to a survey of 250 CMOs and senior marketing executives across Europe. 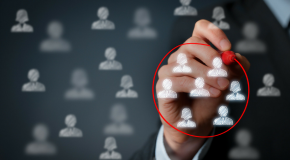 With the proliferation of communication channels and shrinking budgets, how are marketers boosting efficiency and meeting changing demands? View infographic>> 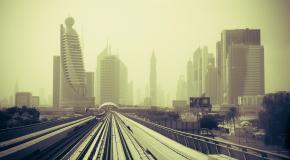 When it comes to symbols, the smile reigns supreme. Its one connotation—happiness—is undisputed the world over. Yet despite the smile’s universal appeal, research suggests that culture affects our perceptions of it in unexpected ways... Read full article >>

The meaning of subtle symbols like smiles and colours varies between Asian and Western cultures. What should marketers bear in mind when launching global campaigns? View infographic >>