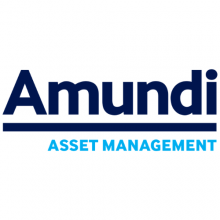 Charles Ross is Principal of Policy and Insights in Asia-Pacific and leads the region's technology and society practice. Prior to this role, he was editorial director for The Economist Intelligence Unit overseeing all thought leadership research in Asia. Charles combines a deep understanding of how technology trends are reshaping business and society with excellent research and editorial skills, to create impactful and award-winning research programmes for clients. Charles is currently based in Australia and has led many projects analysing the implications for business of new technology trends such as blockchain, fintech, smart cities, cloud computing, sustainability and the internet of things, for Google, Stripe, SAP, Telstra, Microsoft, Prudential, Westpac and the Singapore government. He is a contributing industry expert to the UN Science Policy and Business Forum on the Environment and a frequent speaker at finance and technology events across the region. Charles holds a master of business administration, focusing on strategy and organisational change, from the University of Oxford and a certificate in public policy analysis from the London School of Economics and Political Science.

Read more from Charles Ross
Contact
Decarbonising Asia: Asset owners reach for net zero is an Economist Impact report, sponsored by Amundi. Denis McCauley is the author and Siddharth Poddar is the editor. It is based on in-depth interviews conducted with five executives at asset-owner and asset-management firms and other financial institutions, and secondary research, done between December 2021 and March 2022.
Our thanks are due to the following individuals for their time and insights:

COP26 may have taken place in Glasgow, but Asia was very much on its participants’ minds. Rightfully so: according to a recent study, of the 100 cities in the world most at risk from climate change, 99 are in this region. In this context, commitments to reach carbon neutrality made by several Asian governments—including those of Japan, South Korea, India, Indonesia and China—before and during the conference were welcome. Their challenge, of course, is to translate commitment to action. The record to date is far from promising: of ten Asia-Pacific countries monitored by the Climate Action Tracker, the measures taken by nine of them to meet the 1.5-degree global warming target set by the 2015 Paris Agreement are deemed “highly” or “critically” insufficient.

Particularly in the emerging world, countries cannot hope to meet their carbon-reduction commitments without very large amounts of public and private investment, probably exceeding the annual target of US$100 billion of climate finance that was re-confirmed in Glasgow. This helps explain an intensification of discussions within the international finance community in recent years about how to unlock such levels of investment. Investment industry executives we interviewed for this report consider this an extremely positive development. One is Eric Nietsch, Asia head of ESG (environmental, social, governance) at Manulife Investment Management: “There is a new sense in the investment industry that it really needs to step up its decarbonisation efforts, and we’re seeing a lot of big commitments from large, systemically important institutions. Now they need to translate those into concrete actions.”

According to Eddie Yue, chief executive of the Hong Kong Monetary Authority (HKMA), the role played by asset owners (AOs) in supporting greenhouse gas (GHG) reduction is critical, as “the capital flows to be mobilised to meet these targets go well beyond the scale of any one state or agency.”

Through their investment strategies, AOs in Asia (pension funds, insurance company general accounts, sovereign wealth funds and other institutional investors) are well-positioned to facilitate a substantial reduction in carbon intensity in the region’s economies. Of the world’s top 100 AOs, those of Asia Pacific constitute the largest regional share (37%) in terms of assets under management (AUM).
Although publicly announced targets for achieving carbon neutrality are still forthcoming from most of Asia’s AOs, many are making their intentions clear. For example, five Asian AOs to date have joined the UN-Convened Net Zero Asset Owner Alliance (NZAOA), which was formed in 2019. The first was insurance provider Prudential. According to Kerry Adams-Strump, its director of group ESG, “the prevailing approach and rules very much reflect a European perspective thus far. There needs to be an understanding of the particular dynamics of the developing markets in Asia and Africa that we operate in. Being in the room, as part of the alliance, is the best way to do that.”
Many more Asian institutions are members of the Asia Investor Group on Climate Change (AIGCC), which came into existence in 2016 and pursues similar aims as the NZAOA. The proof of AOs’ commitment to reaching Asia’s (and the world’s) net-zero goals lies, of course, in how they aim to decarbonise their portfolios. This report, based on discussions with senior executives at AOs, asset management firms (AMs) and other financial institutions, as well as extensive desk research, sheds light on how AOs intend to bring net zero closer to reality in Asia.
Download Whitepaper 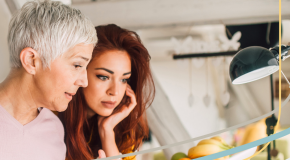 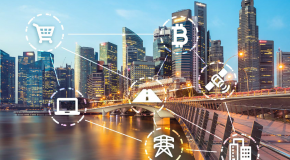 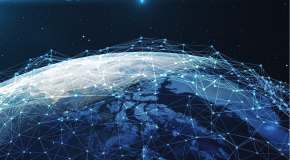